New President Appointed for The Schools of Saint Mary 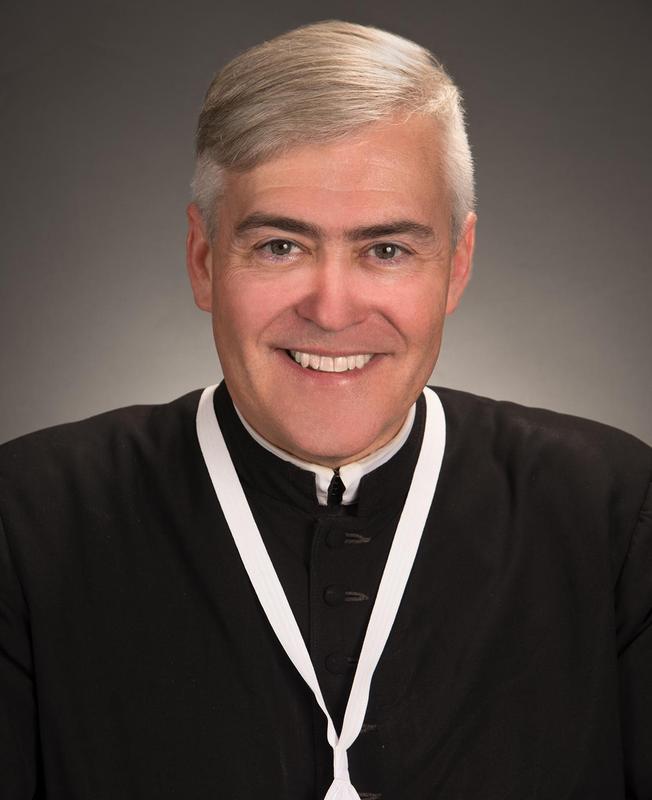 Rev. Fr. Robert A. Romeo recently announced the appointment of the Very Reverend Dom Elias Carr, Can. Reg., as the new president of The Schools of Saint Mary. Fr. Elias will begin his tenure at the school later this summer.

Reverend Father Robert A. Romeo, the pastor of The Church of Saint Mary, Manhasset, recently announced the appointment of the Very Reverend Dom Elias Carr, Can.Reg., as the new president of The Schools of Saint Mary. Fr. Elias will begin his tenure at the school later this summer.
“I am absolutely delighted to welcome Fr. Elias to The Schools of Saint Mary,” said Father Bob.
Fr. Elias’s dedication to Catholic education and our student’s academic and spiritual well-being has been evident in all his work at the school. He served as the Theology Department Chair and taught scripture for our elementary students and various courses for our high school students. He has a demonstrated record of achievement as an educator, and we believe that he is the ideal candidate to serve as the new president of our beloved school. We look forward to Fr. Elias taking the school to new heights of academia, development, and spiritual achievement.
An Augustinian canon who has worked since 2011 for various Catholic schools in Europe and North America as both a teacher and administrator, Fr. Elias brings a wealth of academic, pastoral, and cultural experience to his new role.
“I am honored and thrilled to serve the St. Mary’s community as president,” said Fr. Elias.
Since joining the faculty of Saint Mary’s last August, I have come to see what an admirable commitment the school has to instruct students in the great Catholic tradition. I look forward to carrying forward the school’s commitment to that ever-vibrant tradition. In tandem with Father Bob and the highly talented staff and faculty of Saint Mary’s, I am sure we will take our beloved school to new heights of achievement.
Founded in 1926, The Schools of Saint Mary is a K-12 preparatory school with an outstanding record of providing students with rigorous instruction in the liberal arts as well as robust Catholic faith formation. St. Mary’s instills not only the joy of learning in its students but a deep personal relationship with the Lord of all wisdom (Proverbs 2:6-8).

Fr. Elias will take office as the third president of The Schools of St. Mary, succeeding Dr. Joseph R. McCleary, who is resigning as president in order to attend to pressing family matters.
Mrs. Sarah Griffin, Principal of St. Mary’s Elementary School, and Mr. Gerard J. Buckley, Principal of St. Mary’s High School, are equally elated by the new president’s appointment. “Fr. Elias is uniquely poised to enrich and advance St. Mary’s educational mission,” Mr. Buckley remarked, “and Mrs. Griffin and I keenly look forward to working with him. Since we know and prize Fr. Elias, together with all of the faculty and staff, we are sure this will be a seamless and successful transition.”
Growing up in Syosset, New York, Father Elias received his BA in History, with a concentration in East Asian Studies, from SUNY-Binghamton, and his MA in Politics from The Catholic University of America. In 1999, he was ordained priest. In 2002, he became one of the first American novices in the nearly 900-year history of
Stift Klosterneuburg -- an abbey of the Augustinian canons next to Vienna. During his nine years in Europe, he earned his M.Phil. in Religious Education from Norway’s NLA University College while teaching in Bergen. After solemn profession in 2007, he went back to Rome to the Pontifical Gregorian University, where he earned his Licentiate in Dogmatic Theology summa cum laude. While fulfilling his priestly duties in Austria, he began his doctoral studies, the dissertation for which he will defend soon.
In 2011, he was among the three Canons who established the abbey’s new foundation in Glen Cove. He also served as pastor at the Church of Saint Rocco for six years (2011-2017) as well as headmaster of All Saints Regional Catholic School for seven years (2012-2019).
“God has blessed me with a true treasure trove of educational and pastoral experiences,” Father Elias noted, “and I am sure these gifts will help me to benefit the lives of all the constituents of the St. Mary’s community – students, parents, faculty, staff, alumni, and everyone who wishes to see our great Catholic mission thrive.”