A Tribute to Zach Zabatta '20 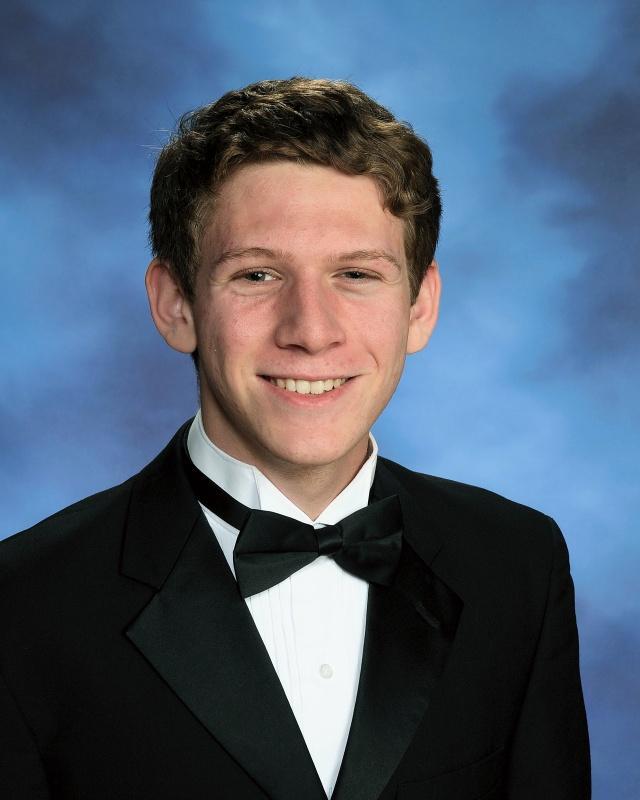 Last week Mr. Buckley sat down with Zach’s friends to get insight into the incredible young man who attended our school. One of Zach’s closest friends, Nicole Lozada, has written a beautiful tribute to her friend. Take a moment to read it and access the interviews and video tribute.
When I first met Zach at the start of our freshman year, I didn’t know what to make of him. He
was clearly the smartest kid I’d ever met, and I figured he would probably be valedictorian. He
was nice and we were in a lot of the same classes, so we struck up a casual friendship, but he
often spoke of sophisticated topics that made my head spin, resulting in me— regretfully — zoning out during our conversations more often than not. I was a kid, I didn’t know what I wanted to do with my life and I wasn’t very interested in anything that sounded too grown-up.
However, by the end of sophomore year, the things he liked to talk about started to make more
sense. I gave myself the chance to get to know another side of him—the outspoken, curious, and
passionate young man. He knew he wanted to be an endocrinologist, but he didn’t let that stop
him from learning as much as he could on every possible subject. He was always reading some
article or another, always learning and absorbing even the most trivial facts that he could then
recount to his friends. I started to listen to him—especially when he spoke about the law and
politics, as he told me of his own ideologies and beliefs. I realized that his words resonated with
me and, before I knew it, my heart was set on becoming a politician. But there was so much more to him.
Zach was the biggest jokester of our friend group and he was not as mature or levelheaded as
people seem to think. He could make light of virtually any situation, could raise our spirits with a
few words of his frankly boyish humor. There were times when we had important assignments
due the following morning and most of us would stay up video-chatting late into the night,
ignoring our work. Believe it or not, Zach would usually be right there along with us, acting like
he didn’t have something due in just a few hours. He observed deadlines and his work was
always of the best quality—but he messed around and procrastinated just like every other
seventeen-year-old.
Some thought Zach to be blunt. But where they saw “blunt,” his loved ones saw “honest.” He
wasn’t afraid to call anyone out -  whether it was questioning a teacher or correcting a friend, a
very admirable quality to someone like me, who was often too intimidated to speak up or defend
my point of view.
Zach’s actions spoke louder than his words. If one of us asked him for help with something, he
might grumble but he wouldn’t hesitate to do it. He wasn’t as open with his emotions as the rest
of us, preferring to fool around rather than be sentimental. But when it came down to it and one
of his friends needed some comfort—he was right there to offer a hug or sound advice. So I
know, without a doubt, that he loved us just as much as we loved him. He had so much love in
his heart.
He was generous with his knowledge. Zach never denied anyone help. He wanted to be the best,
but he never sabotaged others in order to get ahead. He extended his help even to the students
who were at the top of the class with him. He never made the competition personal—he was nice
to everyone no matter what.
Most saw the serious version of Zach. The ambitious, dedicated student who strived to be the
best—and that he was. He was serious about his duties. He wouldn’t come to hangouts if he had
a prior commitment with his boy scout troop. He had a job at St. Mary’s over the summer and he
worked hard. He, despite his knack for procrastination, always got his assignments done on time
and to the best of his ability.
So that was the real Zach. An honest, compassionate, completely relatable goofball.
I miss him more than I’ve ever missed anyone or anything, and I know many of you feel the
same. I desperately wish I could’ve spent more time with him. I regret not becoming closer to
him earlier on in our relationship. I regret not giving him more hugs. If you’re going to take
anything away from this — don’t let yourself have these kinds of regrets. If you love someone,
tell them. If you feel your friends drifting away, talk to them and work it out, don’t lose them.
Keep in touch with those in your life and let them know they matter. Hug people more often.
Zach is with God now, but he will live on in our memories — however small or seemingly
insignificant. My recollections of him playfully fighting with Elias over who gets to sit in my
hammock, repeating his silly nicknames for Francene incessantly, letting Alejandro hide behind
him in photos he didn’t want to be in, chatting with Emily in physics, gently teasing Jenna,
giving Sravya rides home, laughing at William’s brilliant dance moves, complaining about the
light switches in Isabella’s basement, bantering with Branch, conversing with Shaelyn about
cultured subjects, cracking jokes with Maria, and smiling whenever he caught me taking pictures
of him — I will hold them close to my heart for the rest of my life.
Mr. Buckley says “friends are the family we choose.” I will forever be thankful for the family I
found at St. Mary’s, and for the fact that Zach was an integral part of it.
Click here to access the video interviews and tribute.